The Rise of Tiësto: Uncovering the Accomplishments of an EDM Legend

The Rise of Tiësto: Uncovering the Accomplishments of an EDM Legend

Tiesto is a Dutch DJ, record producer, and musician who is considered one of the most successful electronic dance music (EDM) artists of all time. He has been active in the music industry for over 30 years and has released numerous albums and singles, as well as collaborated with many other artists.
One of Tiesto’s most notable accomplishments is his successful DJ career. He began DJing in the early 1990s, playing at clubs and parties in his hometown of Breda, Netherlands. He quickly gained a reputation as a talented and innovative DJ, and by the late 1990s, he was one of the most popular DJs in the Netherlands.

In 2001, Tiesto released his first solo album, “In My Memory,” which was a huge success and established him as one of the leading DJs in the world. He followed this up with several more successful albums, including “Just Be” (2004) and “Elements of Life” (2007). In addition to his solo work, Tiesto has also collaborated with many other artists throughout his career. Some of his most notable collaborations include “Adagio for Strings” with Tiësto, “Love Comes Again” with BT and “Traffic” with Tiesto.
Tiesto has also been recognized for his contributions to the music industry with several awards, including a Grammy nomination for “Best Dance Recording” for “Just Be” in 2005 and a Dutch Music Award for “Best Dance Artist” in 2000.   Tiesto has also been known for his philanthropy, He’s a World Childhood foundation ambassador, and has raised funds for various charity events, such as the “Tiesto for Haiti” campaign, which raised money for earthquake victims in Haiti in 2010.   In recent years, Tiesto has continued to be a major force in the EDM scene, performing at festivals and venues all over the world and releasing new music. He remains one of the most popular and influential DJs in the world, and his contributions to the music industry are sure to be remembered for years to come. Tiesto & Hardwell (2013), photo: jordan LOYD
In 2004, Tiesto made history by becoming the first DJ to perform solo at an Olympic Games opening ceremony. He was the main act of the ceremony at the 2004 Athens Olympic Games, performing a special set of his own music, which was broadcasted to a global audience of billions. This performance helped to establish Tiesto as a major global artist, and solidified the status of electronic dance music in the mainstream.
In 2013, Tiesto was voted the “greatest DJ of all time” by a poll conducted by DJ Magazine, which is a highly respected publication in the electronic dance music scene. This poll was conducted among the readers of the magazine, which included DJ’s, producers, and fans from all over the world, which helped to cement Tiesto’s status as one of the most iconic and influential DJ’s of all time.
Tiesto has also been featured multiple times on Forbes magazine’s annual Celebrity 100 list, which ranks the world’s highest-paid celebrities. This is a testament to his earning power, and popularity, as a DJ and artist.
In 2009, Tiesto started his own record label, Musical Freedom, which has since become one of the most successful independent labels in the electronic music scene. The label has released music from many artists, including Dzeko, Laidback Luke, and many more.
Tiesto has been an advocate for the use of technology in music, he released a variety of apps and virtual reality experiences to enhance his live shows and to give fans a new way to experience his music. He was one of the first DJs to use Virtual Reality technology to connect with fans and to create unique and immersive experiences.
Tiesto has been an active philanthropist, he’s an ambassador for World Childhood Foundation and has raised funds for various charitable causes such as the “Tiesto for Haiti” campaign, which helped to raise money for earthquake victims in Haiti in 2010. Tiesto has also been involved in various environmental causes and has been a vocal advocate for clean energy. He has also been a sponsor of the “Nature One” festival in Germany, which promotes the use of renewable energy.
Tiesto has also launched a clothing line, “AFterTiesto” which is aimed at promoting a healthy and active lifestyle. The brand is inspired by his own personal fitness and wellness journey, and aims to encourage others to lead a healthy and active lifestyle.
Tiesto has also been active in the film industry, he has composed soundtracks for various movies, including the Dutch film “Costa!” and the American movie “Zoolander 2”. This showcases his versatility and creativity as an artist, and how his music can be used in different mediums and settings.
Tiesto continues to be a major force in the electronic dance music scene, and his contributions to the music industry and his philanthropic efforts have made him one of the most respected and influential DJs in the world. He has been a pioneer in the electronic dance music scene, and his innovative approach to music production and live performances has helped to shape the genre and inspire a new generation of DJs and producers.
← Previous Next →
Tiësto 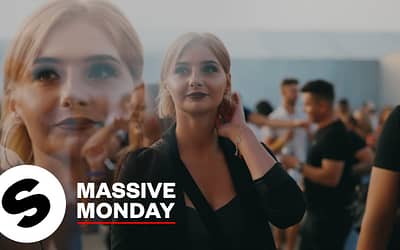 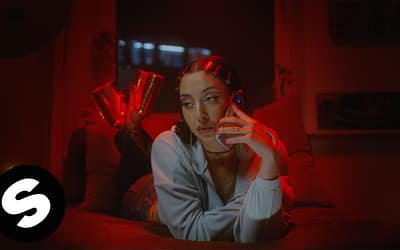